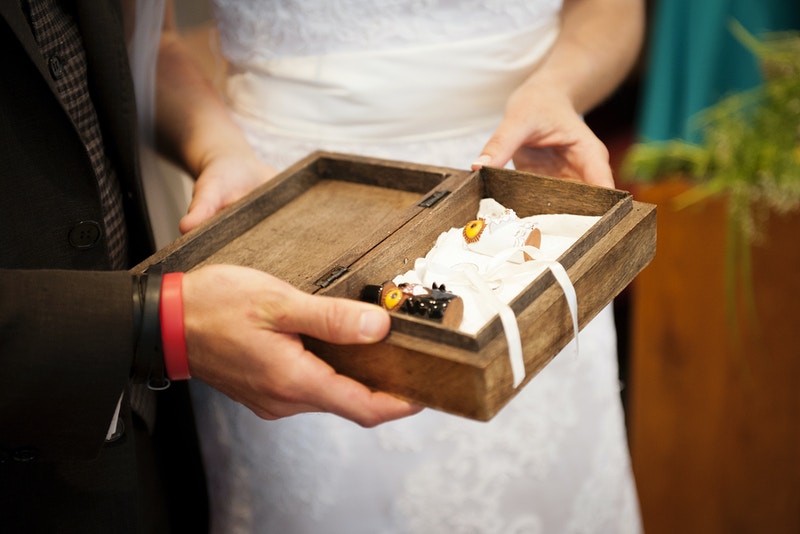 America loves its weddings, and we love innovating and spending money on this great event. If you’re planning a wedding reception, a summer wedding, or just love wedding party favors, take a break and read some trivia about America’s love affair with the wedding.

The average wedding in 2016 cost $26,720. That wasn’t including the honeymoon. The wedding industry is worth $60 billion a year in America, while the honeymoon industry is worth a measly $4 to $8 billion. This is propelled by stats like the average cost of a wedding venue (between $1,650 and $2,336 in 2015). For the average wedding, the costs for the reception, including venue rental, are more than 28% of the total cost.

We’re Changing Our Mind About the Best Wedding Time

It used to be all “summer wedding, summer wedding!” But the fall wedding is vying for a place in our hearts. As of 2016, the two most popular wedding months were no longer June, but October and September. While the summer wedding has long been a favorite for finding outdoor wedding venues, a lot of climates are actually even more comfortable in the early fall.

The Nature of the Bride

In the past it was common for people to marry just out of college. The average bride was 21 and had never lived alone. Weddings were largely planned by mothers, in fact. But the modern bride is older and has money to spend, and has a lot more say in what she wants.

Where do We Marry?

The number one wedding city in the entire world is Istanbul, Turkey. In the United States, Las Vegas takes the first spot, and is the world’s second-most popular wedding city. Coming in at number two for America is Gatlinburg, TN and then New Orleans, LA.

Does Anyone Actually Use Those Wedding Magazines?

Yup, they sure do. American brides buy 7.5 million magazines every year, and the average bride gets four to six issues of her favorite one before she marries. Most of these purchases happen at bookstores, and the average bridal magazine gets passed on to about eight people. Apparently a lot of people are consulting these publications for dress ideas, rustic wedding plans, and wedding decor ideas.

We love weddings, and we spend a lot of money on them. If you’re planning one, or hoping to plan one in the future, looking ahead for the right entertainment, the right food, and the right venue is a good idea. Maybe you should pick up a bridal magazine for some ideas.