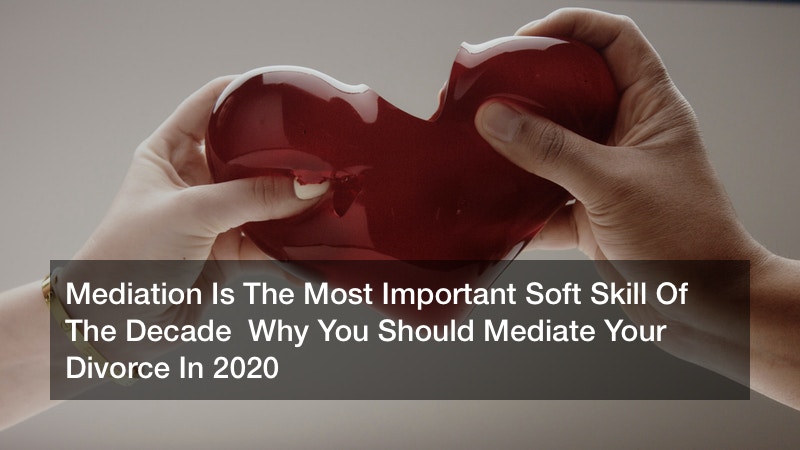 Mediation is a skill that’s becoming more valuable these days. When so many people come from different places in their life, being able to see eye-to-eye is priceless.

You see this when asked if you want to mediate your divorce instead of attempting everything on your own. You see this play out with conflicts in the workplace, such as facilitating leaders that better understand day-to-day problems. One way or another, mediation is an inseparable part of a healthy life. Reaching out to Baltimore family mediation is how you move from point A to point B. If you’re concerned about reaching a good outcome with whatever is ailing you, it’s time to make a call.

From employment issues to domestic disputes, a mediator puts everyone on the same page. Learn how mediation works and what it can do to help you in your time of need.

Divorce is a common issue that needs mediation. Emotions can run high during meetings, particularly when children are involved, and can dissolve an otherwise straightforward conversation into a fight. More than two-thirds of couples who chose a mediated divorce were happy with the outcome, according to recent studies. The United States sees one divorce every 35 seconds — that’s 2,400 divorces per day and 16,000 per week. Imagine how much time you could save if you chose to mediate your divorce.

Mediation is noticeably cheaper than litigation. Where the latter often has several people involved, thus taking up more time and space, mediation is simpler. It involves a third party coming into a situation and taking stock with an unbiased eye, allowing you a much-needed breather. According to a study, the cost of divorce mediation is between 40% to 60% cheaper than divorce litigation. This same cost-saving model does wonders to help workplace environments.

Employees these days are facing several barriers to a happy workweek. When they’re not facing a distinct lack of hours, they’re facing disagreements with other workers and supervisors. It’s estimated employees in the United States spend two hours each week involved in conflict. That adds up to an astonishing $360 billion in hours paid that are filled with conflict instead of productivity. Even worse, as many as 60% of employees never received basic conflict management classes.

Employee oriented leadership takes concerns and questions from workers and transforms them into action. Organizations have been going the extra mile to adopt conflict resolution processes, including mediation and arbitration. This has seen a reported 50% (even 80%) reduction in litigation costs. An interesting survey found a majority 95% of workers saying training helped them navigate workplace conflict positively. It also helped with seeking mutually beneficial outcomes for all parties.

Whether you need to mediate your divorce or look into discrimination disputes, a mediator is your best tool for the job. The year 2016 saw a total of 90,000 workplace discrimination charges across the country — the average manager will spend 25% of their time with workplace conflicts. A mediator can come in the form of a keynote speaker, a lawyer, or an adviser. They’ll work with you to uproot the underlying issues and provide an outcome. The five main components of relational leadership are inclusion, empowerment, purposefulness, ethical behavior, and process orientation.

When in doubt, reach out to a mediator. They’ll make sure you’re seeing the issue from all angles.